Commercial General liability:  Covers the sum of money the insured is legally obligated to pay to others because of bodily injury or property damage caused by an occurrence.

Occurrence:  An accident, including continuous or repeated exposure the substantially the same general harmful conditions.

Bodily Injury:  pays arising from bodily injuries caused to others by the policyholder’s action(s).

Property Damage: Physical injury or destruction of tangible
property caused by either an individual who is not the owner of said property or by natural phenomenon.

Per Occurrence Aggregate:  The most a policy will pay out for any one occurrence in the policy period (No matter how many claimants).  The recommended limit is $1,000,000 aggregate.

General Aggregate: The total amount of coverage paid out in any one year.  Typically, this limit is double the per occurrence aggregate.

Products/Completed Operations Aggregate: The total amount of coverage paid out for a loss resulting from products or completed operations.  Typically, this matches the general aggregate amount.

Personal and advertising injury:   The limit for this coverage always matches the per occurrence limit of the liability.

Damage to Premises Rented to you:  The most common limit for this coverage is $50,000, however, this can vary by carrier.

Medical Expenses: The minimum limit offered is $5,000.  This may be increased depending on the carrier.

Liability Coverage Enhancements: Many carriers offer liability enhancement endorsements.  Coverages and limits vary by carrier and you should discuss this your agent.

Per Project Aggregate:  The per project aggregate extents the per occurrence limit of liability to apply separately to each construction project the insured has.  A “Per Project Aggregate” must be requested and there is an additional charge for this.

Hired and non-owned:  Provides coverage for bodily injury and/or property damage caused by a vehicle you rent or borrow or caused by a non-owned vehicle such as an employees’ vehicle.

Primary Non-Contributory: This is term is often included in contractual agreements between 2 or more parties and stipulates how multiple policies will respond to a loss.  As an example, a contractor may require that his subcontractor’s policy be primary and non-contributory meaning that the sub-contactors’ policy would pay before any other policy and would not seek contribution from other policies that also claim they are primary.  Typically, you see this in the contracting industry however it can apply to other types of business.

Waiver of Subrogation:  This is often required in contractual agreements and states that the insureds carrier cannot pursue a claim against another party in an attempt to recover money paid by the insurance carrier to the insured or to a third party in resolution of a covered claim.   A carrier must agree to this clause and endorse it onto the general liability coverage and must be in force prior to a claim being reported and/or filed. 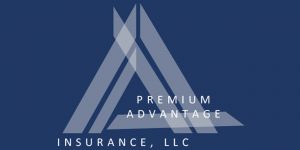